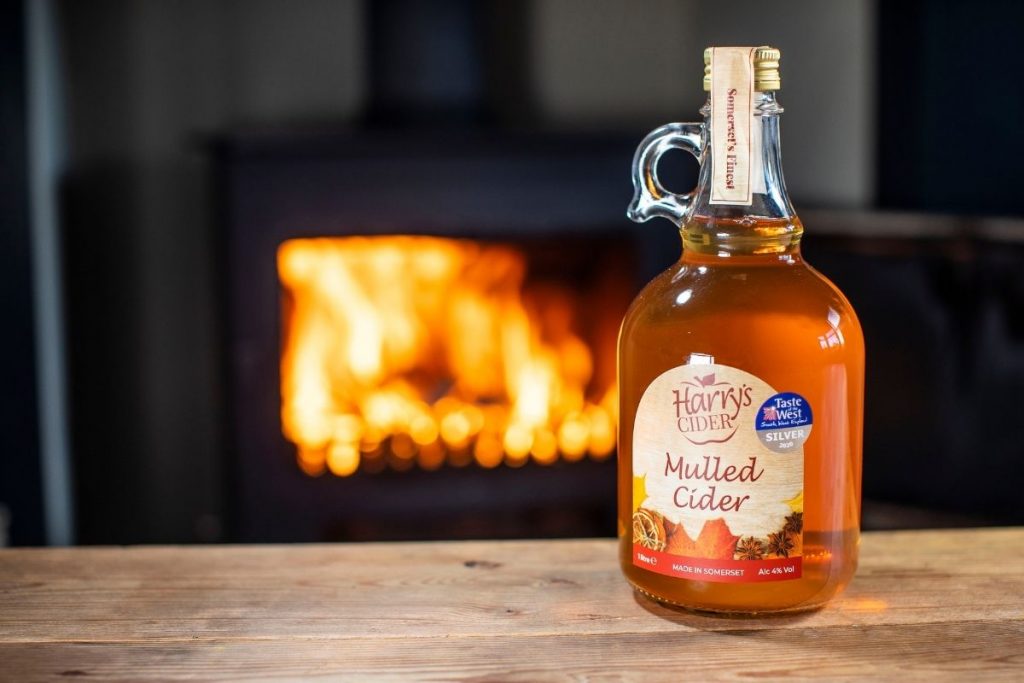 A warming mulled cider from Harry’s Cider Company was featured on Channel 4’s popular food & chat show Sunday Brunch this weekend, leading to an influx of orders for the Somerset-based artisan producer.

The authentic Harry’s Mulled Cider was one of three ciders featured on the show on 14th November, all selected and presented by The Ciderologist Gabe Cook as ideal ciders for the autumn and winter months.

Gabe highlighted the delicious spices in Harry’s warmed mulled cider, which include cinnamon, clove, ginger and nutmeg, and remarked that it would be perfect to enjoy around the fire with some friends, or over Christmas and the New Year.

Sunday Brunch hosts Tim Lovejoy and Simon Rimmer sampled the three ciders, along with some of their guests, with singer Joss Stone describing it as being “like a cuddle in a cup”.

Harry’s Mulled Cider is made from apples that Harry and his son Toby grow and harvest on their family farm in Long Sutton, Somerset. Together they make the base cider blend, which is then gently mulled with a selection of spices, in the traditional way of making mulled cider. With an alcohol level of only 4% ABV, it is available in one litre glass flagons, three litre pouches, and larger Bag-in-Box formats.

Cider maker Harry Fry said, “It was great to see our mulled cider featured on Sunday Brunch this weekend and to hear such positive feedback from everyone in the studio. We’ve been inundated with orders as a result, particularly for our special Sunday Brunch Mulled Cider Gift Box, and will be busy packing them all up for delivery over the next few days. It’s definitely starting to feel quite Christmassy here now!”

Harry’s Cider will be at the Christmas Eat Festival in Taunton on 27th November and at the Bath Artisan Christmas Market from 4th to 19th December!