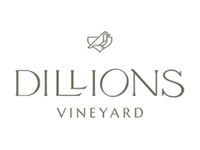 Dillions Vineyard is a new vineyard based in Staplefield, West Sussex owned and ran by David and Lisa Trott. The establishment of a vineyard here brings to fruition an idea that was a twinkle in David’s eyes when he first visited and fell in love with the site in 2010. With 25 acres in the […] 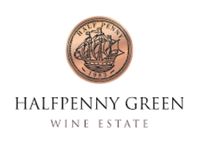 Halfpenny Green Vineyard has been founded on the belief that English wine is far more superlative than what is often thought. It was the vision of farmer Martin Vickers 30 years ago to plant a vineyard that would one day match continental sites. Today, 30 acres of vines are managed by Martin and his son […]

Three Choirs has developed a unique process of growing modern grape varieties thanks to the expertise of their winemaker Martin Fowke. Such grape varieties are being grown side by side with world-renowned grapes, such as Pinot Noir and Muller Thurgau. Nestled in the Forest of Dean, Three Choirs boast an impressive 30 hectares of vineyards and is […]

Woodchester Valley was established in 2007 when a single acre was planted on their Amberley site to assess the suitability of the land for growing vines. Their first vintage, a crisp dry Bacchus was produced from the 2010 harvest. This was followed by a further planting in 2011, with the Woodchester site planted in 2012 […]

Poulton Hill Estate is a small, family-run vineyard situated in the heart of the idyllic Cotswold countryside. Poulton Hill carefully hand harvested their first vintage in October 2012. Using the traditional method, they produce highly exclusive, multi award-winning Cotswold still and sparkling wines. The vineyard comprises of 8,800 vines, planted on the warm and sunny […]

Hares can often be seen hopping through the Royal Agricultural University’s picturesque six-acre vineyard at Down Ampney near Cirencester. Here, the south-facing slopes bear various vines, including Ortega and a small amount of Bacchus, Chardonnay and Seyval Blanc. These grape varieties are blended together to create an award-winning white wine. The vineyard was taken over […]

The Sixteen Ridges Vineyard resides on a sheltered Worcestershire hillside within a natural ampitheatre with views south along the Severn river valley. It captures maximum sunlight and warmth and provides an ideal location for wine making. Simon and Hannah Day are most famous for being a part of the award-winning cider and perry producers Once […]