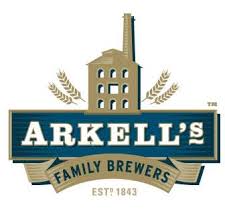 Arkell’s is a family business and Swindon institution, which is well worth a visit. It is one of the oldest traditional breweries still operating in Britain and not only looks much as it would have when it was founded by John Arkell in 1843 but his descendants continue to brew beer in a very similar way.  The company has remained true to its principles of loyalty, quality and tradition, whilst adapting brilliantly to the changing world around it.  Arkell’s bestselling core range of modern classic ales in 500ml bottles is complemented by a great craft lager and stout in 330ml bottles. 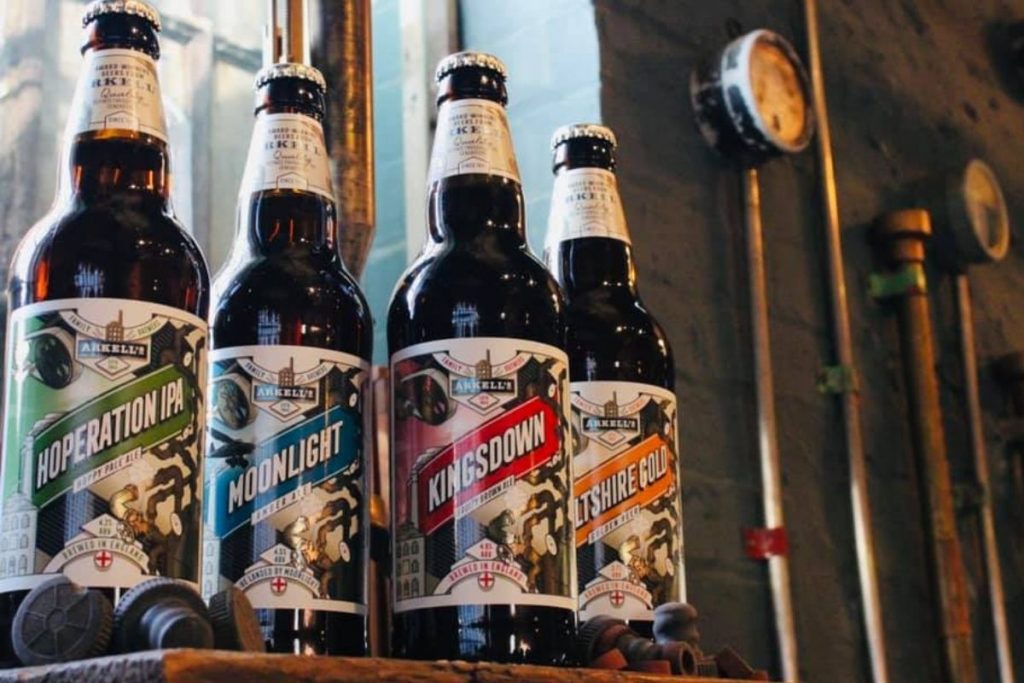 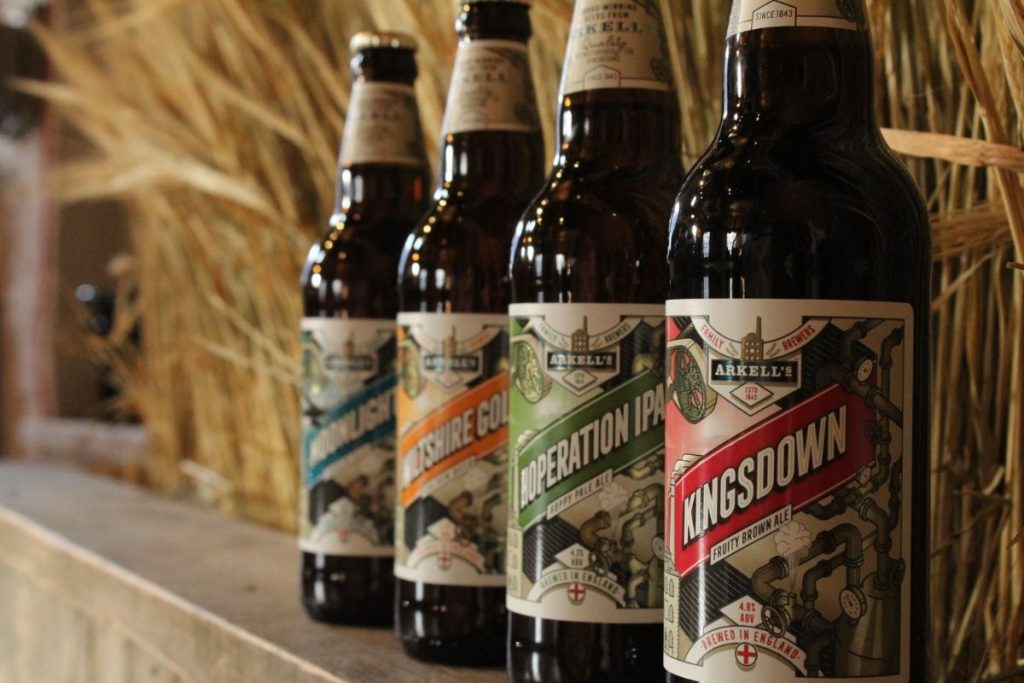 John Arkell was a remarkable man. Born into a farming family in 1802 in Kempsford, South Gloucestershire, he emigrated to the New World in his late twenties and took with him a group of local people who sought a refuge from the tough conditions endured by agricultural folk at that time. It was a brave step.

They arrived in Canada and established the small community of Arkell – which still exists today – but three years later, John returned for love. His fiancée preferred to live in England so he came home to marry and set up home in Stratton St Margaret, near Swindon, where he grew barley on his farm.

It was a natural step to turn to brewing beer, which at that time was commonly produced by many pubs and in many more private homes. But it took the foresight of John Arkell to realize the potential market for supplying beer to a string of other pubs as well as his own Kingsdown Inn, which he had just bought.

A major expansion into Swindon would come some years later as the town continued to grow. The business soon outgrew the farm and in 1861 a new steam brewery was built behind the original Kingsdown Inn at Upper Stratton.

By 1867 the business had even outgrown the new brewery and John was forced to convert the old Kingsdown Inn into offices and build a new pub across the road.

After John’s death, sons Thomas and James took over and Arkell’s continued to expand, still focusing on the boomtown of Swindon.

By 1900, Arkell’s owned more than a quarter of the pubs in the Swindon area and was firmly established as a cornerstone of life in the town, which was now almost unrecognisable from its humble status of 60 years before.

When Thomas died in 1919 at the age of 80, the brewery had bought no new pubs in two decades, though another five were added to the chain before James, aged 75, passed away in 1925.

Arkell’s became a private limited company in 1927 with all shares owned by the family – as, indeed, is the case today. Now at the helm were James’ sons, Thomas Noel (later Sir Noel), James Graham and John Oliver Arkell.

Despite the slow recovery period after the Second World War, a handful of new pubs were added to the Arkell’s estate and, in 1954, Peter Arkell, the eldest son of Sir Noel, joined the company as a director.

In the boardroom, Peter Arkell became chairman in 1971, a year before the death of Graham Arkell and ten years before Sir Noel, Peter’s father, passed away. Meanwhile, a new Arkell generation – the fifth – was being groomed to help lead the business towards and beyond its 150th anniversary.

The Seventies and Eighties saw Arkell’s secure itself an enviable reputation among lovers of traditional beer as the consumer revolution set off by the Campaign for Real Ale left the company well placed to take advantage of beer drinkers’ discerning attitude towards the quality of beer.

As the millennium approached, Arkell’s had over 100 pubs under its wing – many of them extensively refurbished – meaning the Brewery was not only ready for whatever changes the 21st century will bring to its business and its products, but it relished the challenge.

Sadly in 2010, Peter Arkell, the inspirational head of the Arkell’s family and brewery, passed away at the age 87.

2012 brought the retirement of long-standing head brewer Don Bracher with the position being taken up by Alex Arkell, James’ youngest son. After training as a Master Brewer in the US and Germany, Alex is now taking Arkell’s beer in a fresh, new direction reflecting the reassurgence of real ale and craft brewing of which Arkell’s is at the forefront.

We’ll drink to that!