After identifying a lack of choice in low and zero-alcohol beers, founder Rob Fink established Big Drop Brewing Co with James Kindred in 2016, a brewery exclusively dedicated to making the finest <0.5% ABV beer. To create a zero-alcohol beer, the beer is brewed according to traditional techniques, with two key differences: less grain is used so that the yeast converts less of it to alcohol, and the yeast strain used is less efficient at the process. Big Drop is at the forefront of low/no alcohol beer innovation, and they have won numerous beer competition awards and critical acclaim from seasoned beer writers and critics. 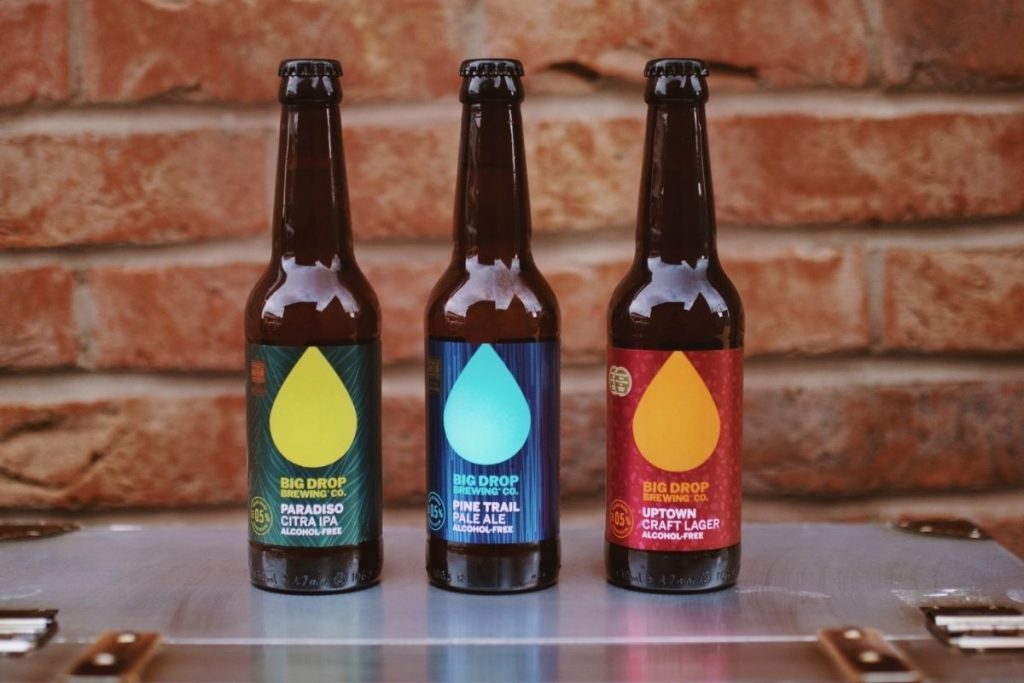 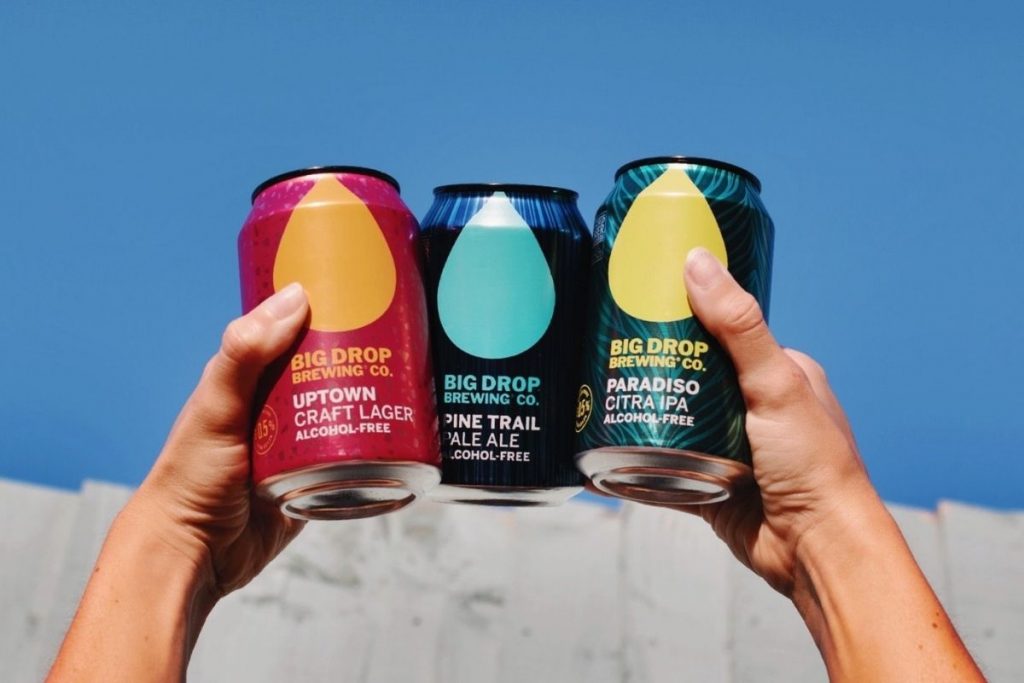 Headquartered in Ipswich, Big Drop was launched in October 2016 by the-then City lawyer Rob Fink, along with his school-friend/bandmate and kindred spirit, James Kindred. The idea for a brewing business that only made alcohol-free beer was conceived by their own lifestyle changes (e.g. fatherhood) and born out of the frustration of there being no decent tasting low alcohol craft beer available to quench their thirst. Along with renowned experimental brewer, Johnny Clayton (formerly of Wild Beer), they’ve perfected techniques to make alcohol-free craft beer without the need for artificial removal of alcohol.

Even as recently as 2016, you’d have been in a minority of people who thought that giving up a well-paid job as a lawyer in the City to start a brewery making alcohol free beer was a good idea. However, by May 2017 Rob was focusing on Big Drop full-time (the same year he had twins, moved house, and lost his best friend to cancer). Fortunately for Rob, though, he wasn’t the only one looking to moderate his alcohol intake.

To brew craft beer naturally, without the need to artificially extract alcohol, Big Drop have had to turn the rules of brewing upside down. They use a lazy yeast which is not very good at converting sugar to alcohol. They also brew at slightly higher temperatures at various points to further inhibit alcohol production. And they use less grain (meaning less sugar).