If you care greatly about the provenance of your food and drink and share a passion for protecting local traditions and agricultural, Bushel + Peck is the perfect cider and perry for you! Incidentally, a bushel is an old measure equivalent to 8 gallons, and there are 4 pecks to a bushel! Based near Northleach, in the heart of the Cotswold Hills, cidermaker David Lindgren gathers unsprayed dessert, culinary and cider apples from gardens and heritage orchards across Gloucestershire, to make his first-class ciders and perry. David’s commitment to the county’s apple growing and cider making heritage is to be celebrated, and his efforts to offer a truly sustainable product for consumers to enjoy is well suited for the times. 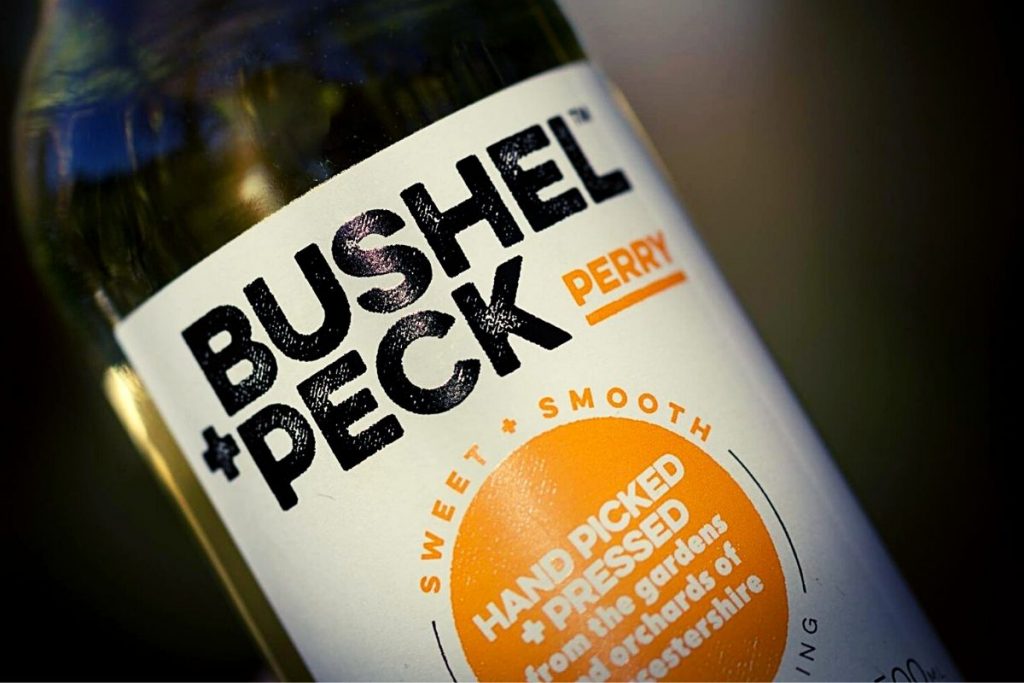 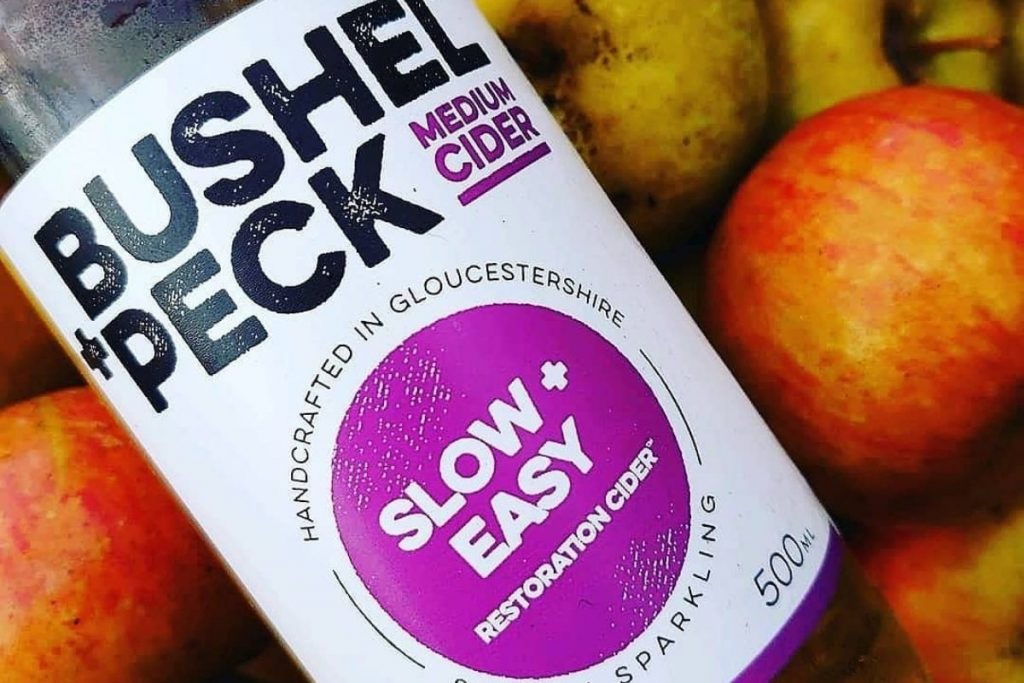 When David Lindgren exchanged the corporate world to set up The Cotswold Fruit Company and a life of self-employment, it was with the intention of keeping things as simple and as local as possible.  And nothing has changed in the intervening years.  From the very beginning, Bushel+Peck cider and perry and Humblebee juice has been made only with unsprayed apples gathered from gardens and traditional orchards in Gloucestershire – for good reasons.

Unsprayed means exactly what it says – that no sprays have been used on the trees or the fruit that are used to make the Bushel+Peck and Humblebee.  No fertilisers, no insecticides, no herbicides, no fungicides, nothing at all.  Or, to put it another way, sprayed only by rain (and snow and sleet and hail, of course).  In this way, David can be sure that the fruit is as natural as possible and that no birds, bees, bugs or mammals have been harmed unnecessarily in the making of their drinks. The company’s financial support of the Bumblebee Conservation Trust is related to this environmental attention as well as, of course, the important role bees play in pollinating fruit trees.

As a maker of cider and juice, David considers all orchards to be good, but some are better than others, and best of all are old traditional orchards; orchards where the trees are grown on vigorous rootstock, so they become large, old, gnarled trees; orchards where the trees are well spaced, so there’s plenty of space in between where grasses and wildflowers can flourish; orchards that are managed in a low intensity way (again, no sprays!).  Orchards like this become a myriad of ecosystems – woodland, grassland, scrubland, hedgerow – all close to each other and this is what makes them havens of biodiversity.  It also makes them very pleasant places in which to work, in which to walk Pippi the Dog, in which to while away an occasional idle moment.

The Cotswold Fruit Company is perhaps a misnomer, since the company doesn’t own any orchards of its own; not in the Cotswolds, nor anywhere else in Gloucestershire or beyond.  It gets much of the fruit it uses from people’s back gardens.  From the very outset of building the business, David discovered that many households with apple trees in their back gardens don’t know what to do with all the fruit.  So, in exchange for free juice or cider, David collects fruit from all over Gloucestershire to turn it into Bushel+Peck cider or Humblebee juice, asking homeowners to confirm that their trees haven’t been sprayed, and that they are in Gloucestershire.  He also asks that the quality of the apples is good – they don’t have to be perfect, but good enough that you’d eat them.

David Lindgren and his family live in Gloucestershire.  His business is based near Northleach, Gloucestershire.  So it makes sense that the fruit he uses comes from Gloucestershire.  There really is no need to look further afield – and certainly no need to import anything from abroad.  The company does buy in strawberry, raspberry and rhubarb juice to make Humblebee Refresher, but they insist it comes from Britain and is never, ever made from concentrate.