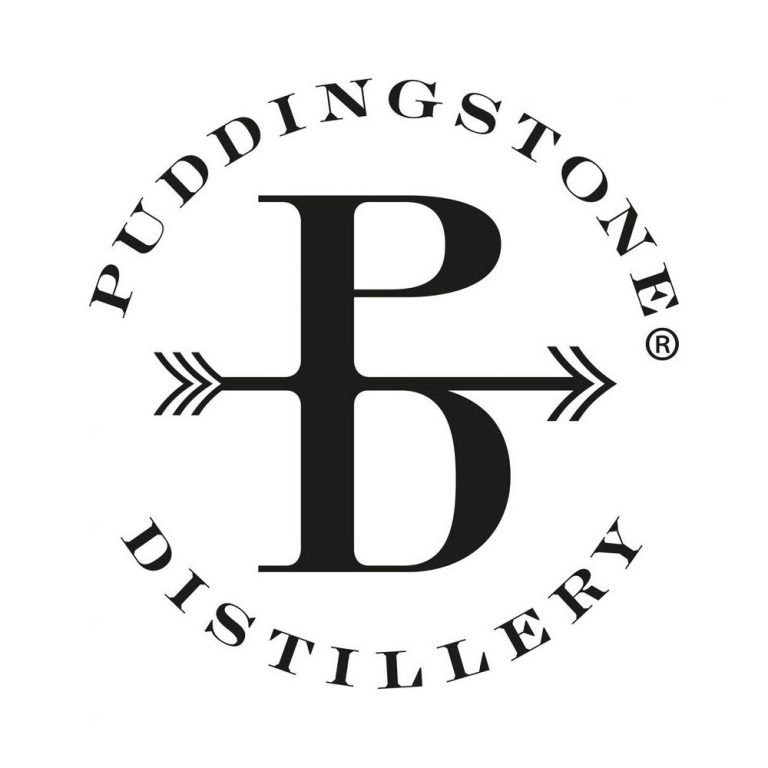 Take two kindred spirits, a myriad of sensory experiences absorbed from travels to countries near and far, throw in a realisation that good gin can be enjoyed equally as well outside under the stars as it can at the bar, and you have the birth of Campfire Gin from Puddingstone Distillery. 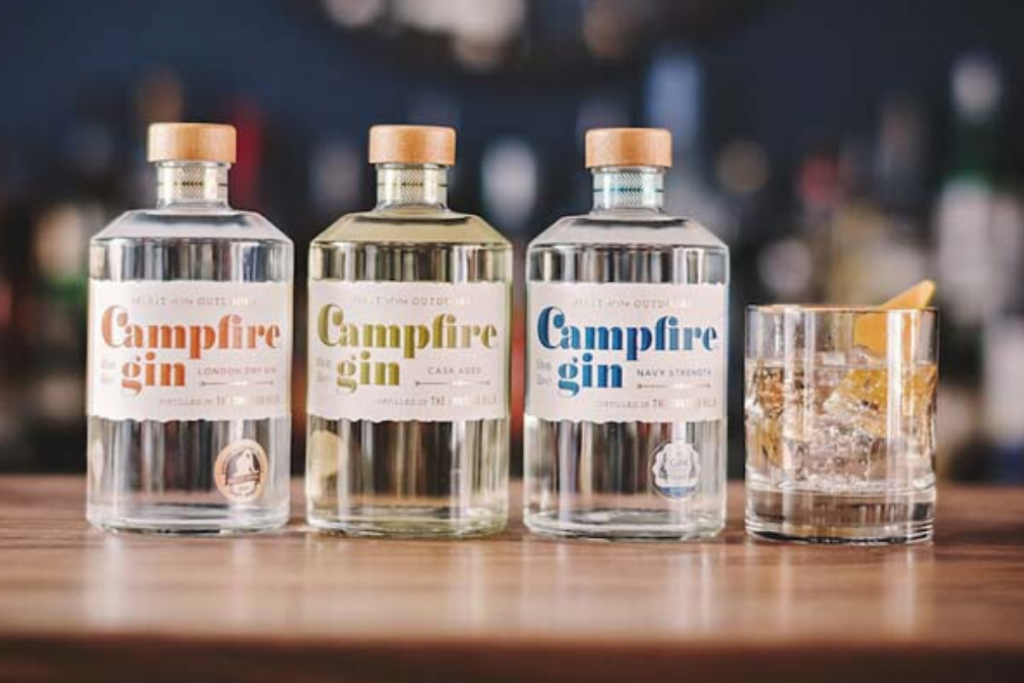 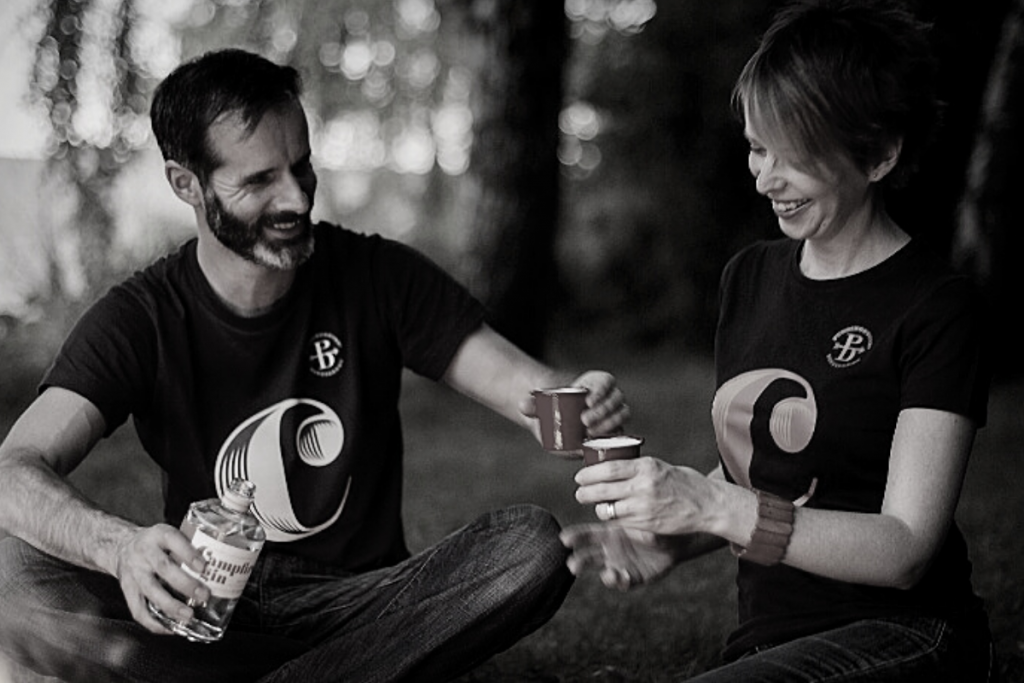 Whilst the doors to their distillery opened in November 2016, the journey to reach this point started way back in January 2014 with a wrist operation, the purchase of two great books and a Eureka moment that sadly did not involve a bathtub full of gin. Since then the team at Campfire have picked up awards, been on the TV, presented at gin seminars and more.

2014 – Kate purchased two books which became the catalyst for setting up a distillery. We decided on the name Campfire Gin – named after the fact we’ve enjoyed our best gin and tonics sitting round campfires. As part of our research we took a road trip to visit distilleries in Edinburgh and Durham. We finalised our distillery name and logo. Puddingstone is a rare rock formation found in Hertfordshire. Historically used in churches to ward off evil spirits, we like to think it keeps the good ‘spirits’ in the distillery!

2015 – We received our first HMRC licence to distil at home on Jessie May and Ada, our 1 litre and 5 litre test stills. Officially the first licence to be issued in Hertfordshire. We made a presentation to five influential local business people, one of whom was the Rt Hon Sir Mike Penning MP, to obtain a £1000 grant. We put the grant towards our crowdfunding video. Filming took place for our crowdfunding video in the grounds of Ashridge Business School. Our crowdfunding campaign launched on 1 November and ran for 56 days. Each day we either attended an event to raise awareness of our campaign or pushed out messages via our social media channels. Hurrah! We exceeded our campaign target! This was only a portion of our start-up funds, the rest of which came from our savings and some family assistance.

2016 – Throughout 2015 we hunted for a suitable distillery premises. A chance encounter with local farmer and producer of Chiltern Rapeseed Oil, Simon Mead, led to the build of a new structure on the P E Mead & Sons Farm Shop site in Wilstone, Tring. Building worked commenced one cold January day. We chose six female adventurers and asked our Campfire crowd to vote for their favourite two, after whom our stills would be named. Amelia Earhart and Isabella Lucy Bird were the winners. Pop into the distillery shop to read more about these two inspirational women. Our first run of bottle labels was printed, embossed and foiled. The design features a chevron pattern which began life as a sketch of water, trees, mountains and birds, all created using a chevron shape. Throughout August, September and October we stained, cut, drilled and constructed the distillery interior, predominantly by ourselves with a little help from an electrician. We also worked on upscaling our test London Dry recipe to our 50 litre still, Isabella. Official launch night on the 11 November! Initially just supposed to be an evening for our crowd funders to collect their Campfire London Dry gin rewards, we opened the doors on the same night as the P E Meads Christmas food festival. We think about 400 people came through the doors that night purchasing all our gin set aside for the official launch the following day! An early start was required the next morning to bottle Campfire Gin resting in containers!

2017 – The launch of our 2nd product – Campfire Cask Aged. Five months after its official launch Campfire London Dry gin won a bronze award at the American Distillers Institute Craft Distillers Awards and was named as The Independent Online Spirit of the Month. The 3rd in our core range of Campfire Gins was launched – this time a juniper forward Navy Strength To celebrate World Gin Day we held two Dine at the Distillery evenings with St Albans based caterer, Chappell & Caldwell. With a menu based around our gin botanicals we created gin cocktails to pair with seven courses. To celebrate our first birthday we launched our Winter seasonal – Puddingstone Pudding Gin or PUD PUD for short. Made by distilling juniper, sweet fresh orange peel and Christmas pudding! The bottle label was copper and gold foiled on cherry wood veneer. We held the first of our free distillery cocktail sessions which now run every couple of months.