The emphasis on building knowledge and hype around the hugely varied product that is cider has always been the aim of Will and Phil, both avid cider drinkers and consummate connoisseurs of the craft.

The two ‘cidersmiths’ believe that cider is part of the national heritage, and that it’s a cause for celebration. Wanting everyone to enjoy cider as much as they do is probably a bit too big a challenge, but if they can help a few people to try and enjoy it then that’s a good enough start! 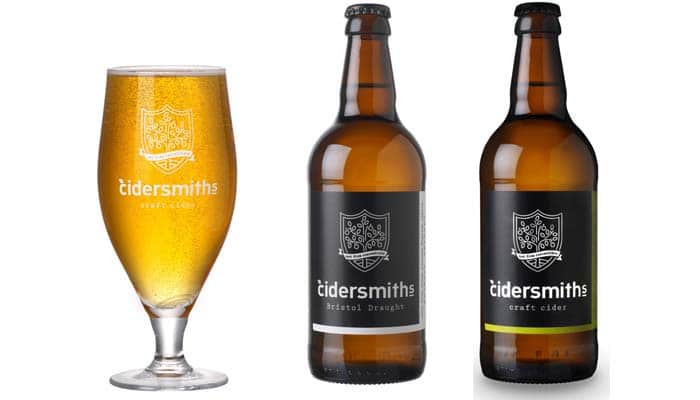 “It all began when I lived in Herefordshire through my formative yearsI didn’t have to look too far for a choice of great ciders. Truth be told, I can’t really remember if they were that great or not, but the memories are certainly good, well most of them at least. Ever since those days I have always been a cider man. As time went on, it was time for me to get a proper job … one that didn’t involve fruit picking or mucking out pigs, and the drinks industry with its lure of a “monthly beer allowance” sounded too good to be true never mind the company Vauxhall Vectra. OK – it wasn’t cider, but it would do. Twenty years later I am still waiting to get a proper job.

My good schoolfriend Phil Warren had followed a similar path in life but was lucky enough to weave his way through the cider industry. For a man known to point-blank refuse to go to a particular pub because the cider wasn’t of the requisite quality, this was a pretty good role. What wasn’t so cool was that loads of the drinks we both sold were just tins of flavourless liquids dropping off the end of a production line.

The seminal moment for both of us came one evening when after we had spent far too long discussing the relative merits of the draught cider offering, we were enjoying. What we really wanted to drink was a great tasting craft cider, that was the easy bit.  Where it got more difficult was, we wanted it to be interesting, to stir the passion of drinkers, to get people talking, to help them explore the world of cider.

I’d like to say on that day Cidersmiths was born but that wouldn’t really be right, it took ages to find the right ciders, the right bottle, label and the right name. So, what about the name?  As we sat outside the Lux Bar Hoxton Square ruminating over the 5.5% traditional draught cider that was on offer, thinking “this is just wrong” we landed on “Cidersmiths”.  We thought it might make us sound quite intelligent but also because we want to create, find and share ciders that the people around us in that bar, demanding drinkers wanting something exceptional and different would want to drink. on the road

So now the van is loaded up and the journey is about to start, two guys on a mission to “make interesting cider” or to “make cider interesting” we couldn’t really decide which so we thought let’s try to do both.”