There is no doubt that Donnington Brewery is one of the world’s most beautiful breweries. Located in a valley near Stow on the Wold, it’s been producing beer since 1865. Today, the mill wheel at Donnington Brewery, located on a stunning Cotswold mill pond in the lea of Stow on the Wold,  is still used to drive pumps and machinery to brew the Donnington beers the same way 150 years on. What’s more, Donnington Brewery still produces its beers to much the same recipe as has always been used. Spring water is drawn from the spring beside the mill pond and is used as the main ingredient alongside English barley, malt and hops. Partly owing to its stunning location in the Cotswold hills, the brewery is one of the prettiest in England and its beers are a ﬁne example of classic English brewing. 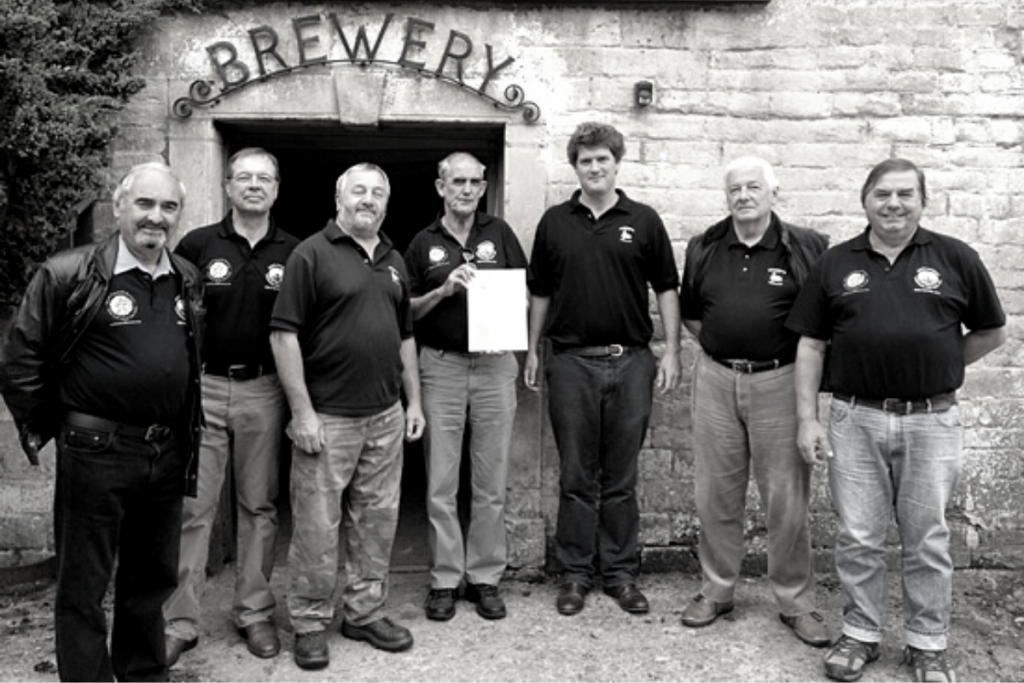 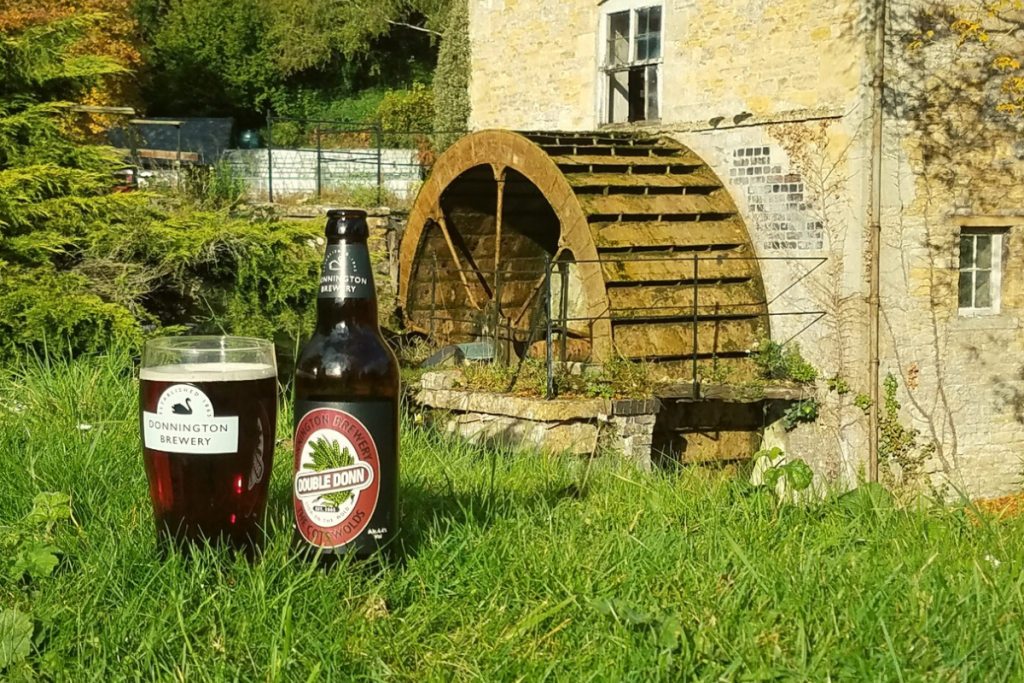 There has been a brewery at Donnington since 1865, when Richard Iles Arkell started brewing beer alongside the farming enterprise. The building itself dates to 1291 when it was one of the mills of Broadway Manor.

Sometime in the 16th century the millrace was built and the building, like many others in the Cotswolds where the wool trade was dominant, was used as a cloth mill, before being converted by the Manor into two corn mills in 1580. Inside the building nearly all the mechanics that helped to grind the corn are still in existence; including the 2 stones, gearing, cogs and exterior waterwheel.

Early in the 17th century the mill became a separate freehold estate and in 1827 it was bought by Thomas Arkell. It was his grandson Richard who began brewing beer in 1865 and we still have ledgers from some of the first beer he brewed. “Too heavy,” says one entry. “Not the right colour” says another.

Richard first sold his beer to the gentry in the hunting field, although as some of them had small breweries on their estates it must have taken time to build up a solid customer base, and of course his beer must also have been very good!

Richard’s sons took over the burgeoning business from their father, and his son Herbert finally bought his brother out to run it alone.

Herbert had two sons and two daughters but it was his son Lawrence Claude, more commonly known as Claude, who came back from the second World War as an RAF Officer in 1951.

Until the mid 1960s, the brewery grew its own barley and malted it on a special malting floor which is still in existence today. Today the maris otter malt is bought from trusted growers in Norfolk and is still milled at the brewery. The hops come from Herefordshire and Worcestershire and the water is drawn from a natural spring beside the millpond. It’s only the sugar which is imported.

The Bobby mill is still used in the brewing process and an internal water wheel drives belts for mashing and pumps for the copper.

Claude successfully ran the brewery until his death in 2007, but with no children of his own, he left it to his cousins Peter and James Arkell, who also run Arkell’s Brewery. Claude and James share the same Great-Great-Grandfather, John Arkell, who started Kingsdown Brewery in Swindon.

Today, any visitors to the brewery see much the same as they might have done 100 years ago: The honey-coloured buildings sit quietly in the valley next to the mill pond, with its black swans, originally from Australia and introduced by Claude who took an interest in the birds. Many families have worked, father and son, alongside Claude and James and we’re glad to say that they still do.