Dunkertons Cider is a family owned company started by Susie and Ivor Dunkerton in 1980 and makes award winning traditional organic cider and perry in Pembridge, Herefordshire. Their success is down to the carefully selected single varieties of apples and pears from their 60 acres of Herefordshire orchards or sourced from a handful of organic local growers. 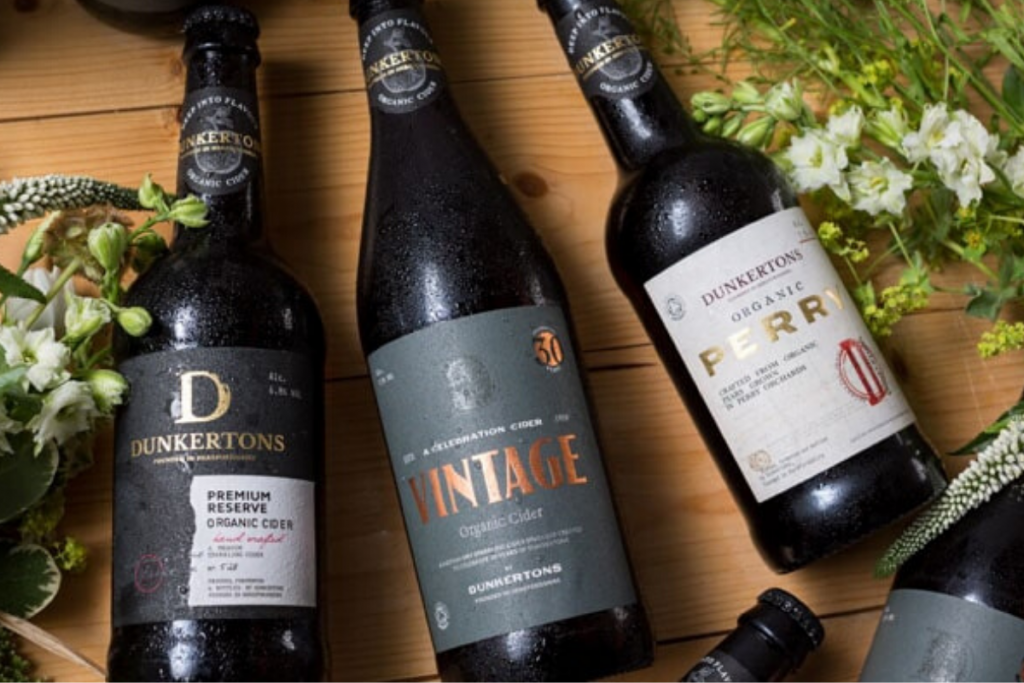 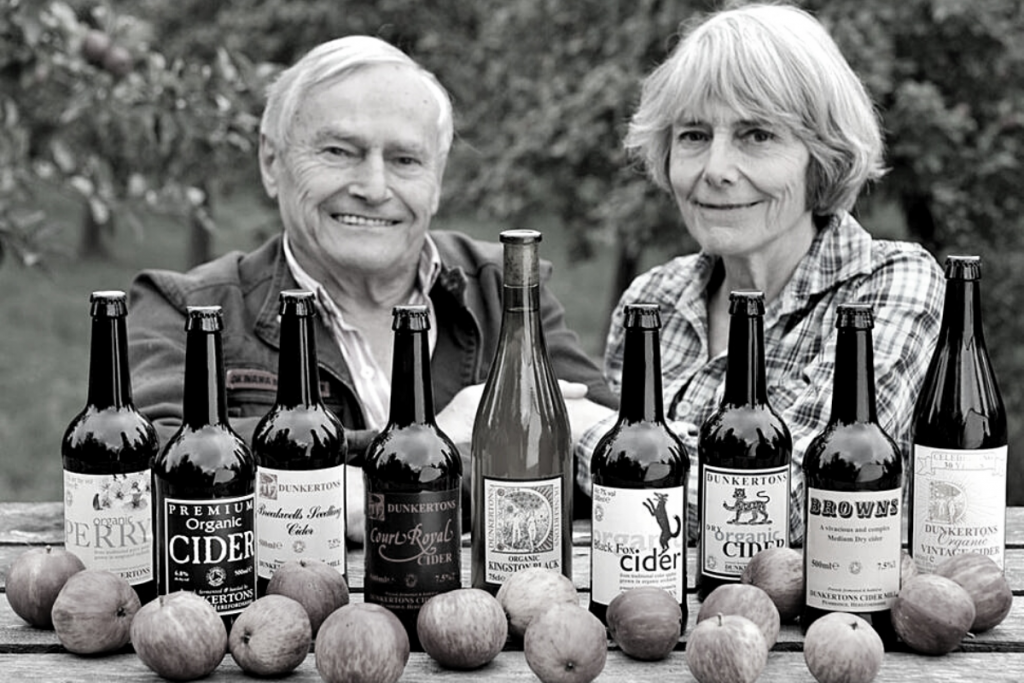 Dunkertons history reaches back to 1980 when Ivor and Susie Dunkerton made the decision to escape London and buy a small holding in Pembridge, Herefordshire. They realised that with such a small amount of land they needed to specialise in some form of agriculture and spotted that traditional cider making presented a fantastic opportunity.

At that time in Herefordshire there were two companies that dominated cider production with very few traditional cider makers despite the vast number of orchards. Ivor and Susie set about making a unique cider whilst operating in a similar fashion to a vineyard. Importantly they wanted to make cider without using concentrates or chemicals therefore working with what mother nature had to offer, using the land and eco system to help them produce pure fruit cider apples and perry pears grown in their own orchards at Pembridge. By 1988 Dunkertons Cider had been awarded Soil Association certification as both grower and producer for their commitment to environmental values.

Their enthusiasm for working within the organic system attracted other organic fruit growers from the Herefordshire area. Soon Ivor and Susie were pressing their own fruit alongside the fruit of the other growers – some of whom still provide cider apples and perry pears today. Nowadays apples and pears are supplied from growers scattered around the three agrarian counties of Gloucestershire, Herefordshire and Worcestershire.

In 2014 Ivor and Susie decided to pass the business on to their son Julian Dunkerton who is the founder of global clothing brand Superdry and he appointed Bean Benson as Managing Director.

2016 saw the production of cider moved to Gloucestershire to a specially developed site just outside Cheltenham in Dowdeswell. The move to Dowdeswell Park facilitates our future growth plans which includes creating new ciders and exporting to further overseas territories. The site at Dowdeswell will have a purposely built shop for fans of our cider to come and buy from us as well as book cider tours and tastings. Meanwhile in Pembridge our orchards continue to thrive and our shop continues to open every Friday and Saturday.