Genie Living Drinks are an award-winning soft drinks brand that combines the art of crafting delicious drinks with the science of live cultures and fermentation. Their range consists of three kombuchas and two probiotic live sodas. All Genie drinks are vegan and contain live cultures that have been proven to survive until they get to where they are really needed: your gut. Together with plenty of vitamins, these drinks help to boost your immunity, mood and digestion. No added sugar, sweeteners, or anything artificial. They really are the drinks we all wish for! 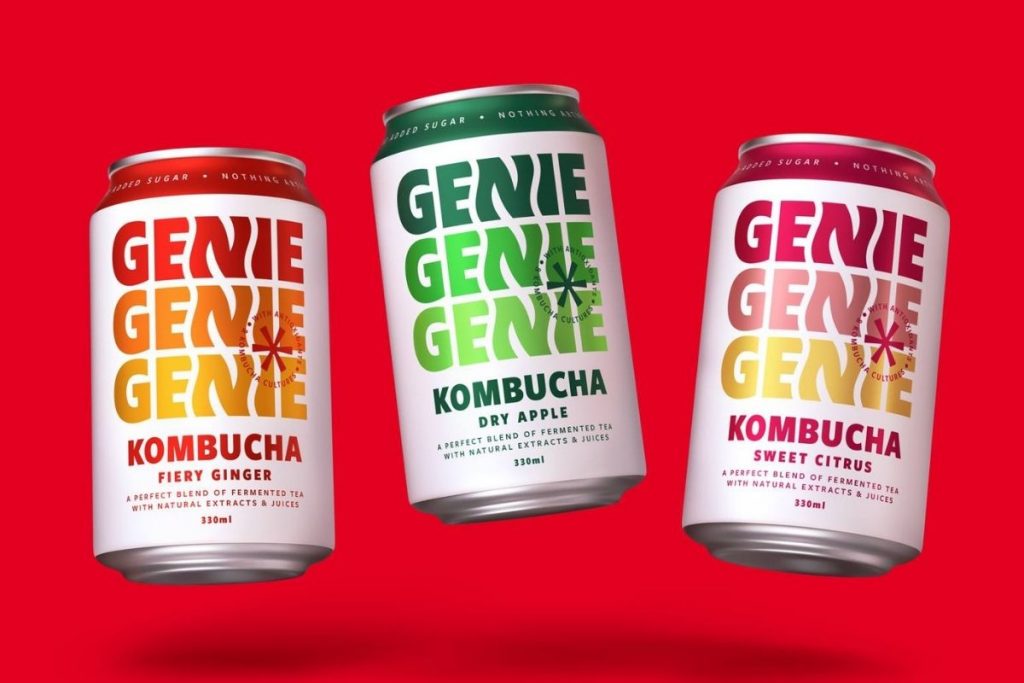 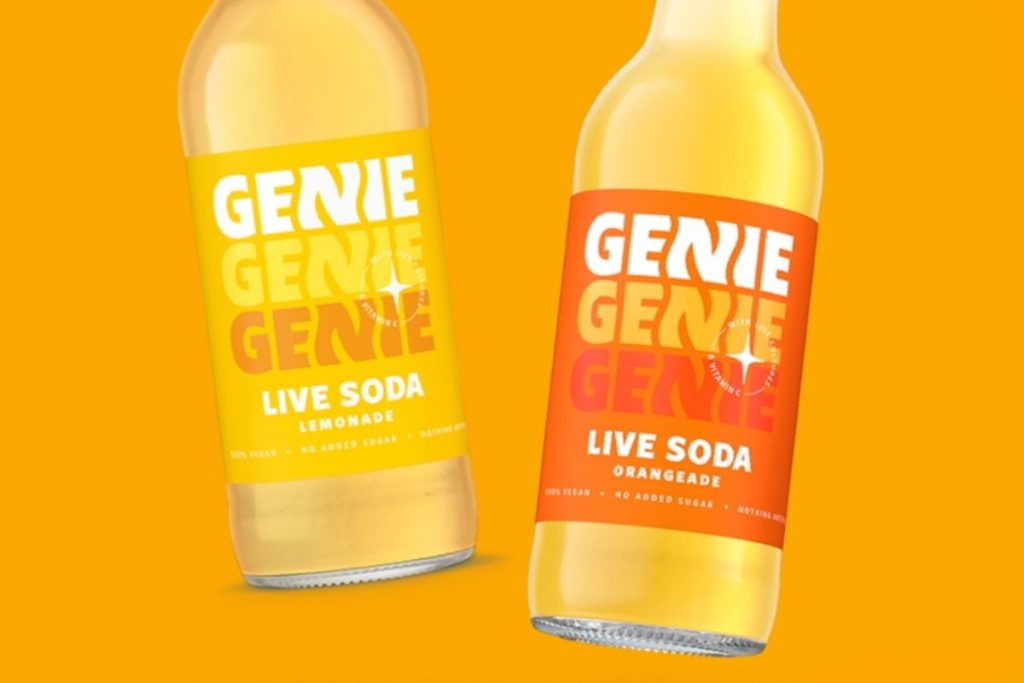 ‘ Like many great things, Genie Drinks was born in a pub garden.

In the summer of 2017, we were sitting in our local’s ‘beer’ garden. But it was a Tuesday and neither of us wanted to drink beer or any alcohol.  Nor did we want a sugary soft drink at that exact moment, or ever really. So two warm tap waters it was.

Bill talked about the power of probiotics for gut health, Alex told Bill about his delicious homemade fruit sodas. As we sipped our tap waters, we wondered: how, with three wishes, would we create the perfect soft drink?

As we sat back and sipped our tap water, we wished we really did have a Genie.

For the next 18 months, we worked furiously, squeezing fruit, brewing kombucha and experimenting with different live cultures.

Many many recipes later, Genie Drinks was launched in February 2019. Since then the response has been awesome. We have won two Great Taste awards and seen our drinks stocked in cafes, pubs, offices, delis and shops across the country. Our drinks have been at GQ Men of the Year and we have had some amazing reviews in the press.’