Hawkstone Lager is the brainchild of Jeremy Clarkson and Rick & Emma from Cotswold Brew Co. As so many of us saw in the TV documentary ‘Clarkson’s Farm’, Jeremy put blood, sweat and tears into cultivating his malting barley and was determined that it be put to good use. Together they have created Hawkstone Lager, a brew of exquisite quality.  With a combination of the finest brewing ingredients and a lengthy maturation period, Hawkstone Lager is a beautifully balanced beer with light, refreshing citrus notes and a richness from the malted barley. The   naturally produced, lighter carbonation lends to a softer mouthfeel and helps give a more pronounced flavour to the beer. 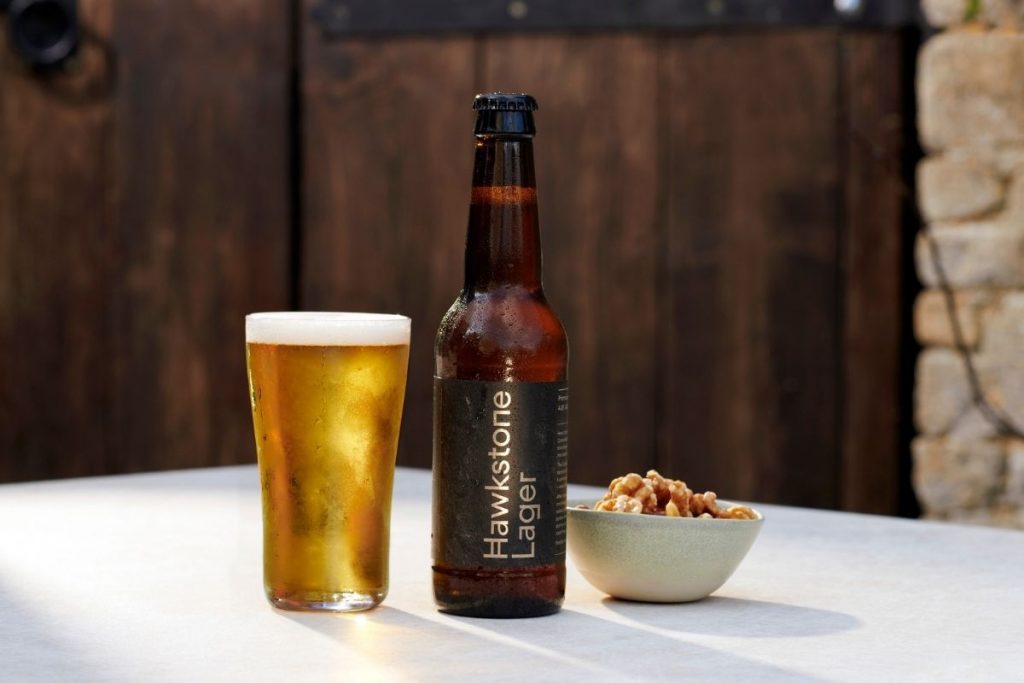 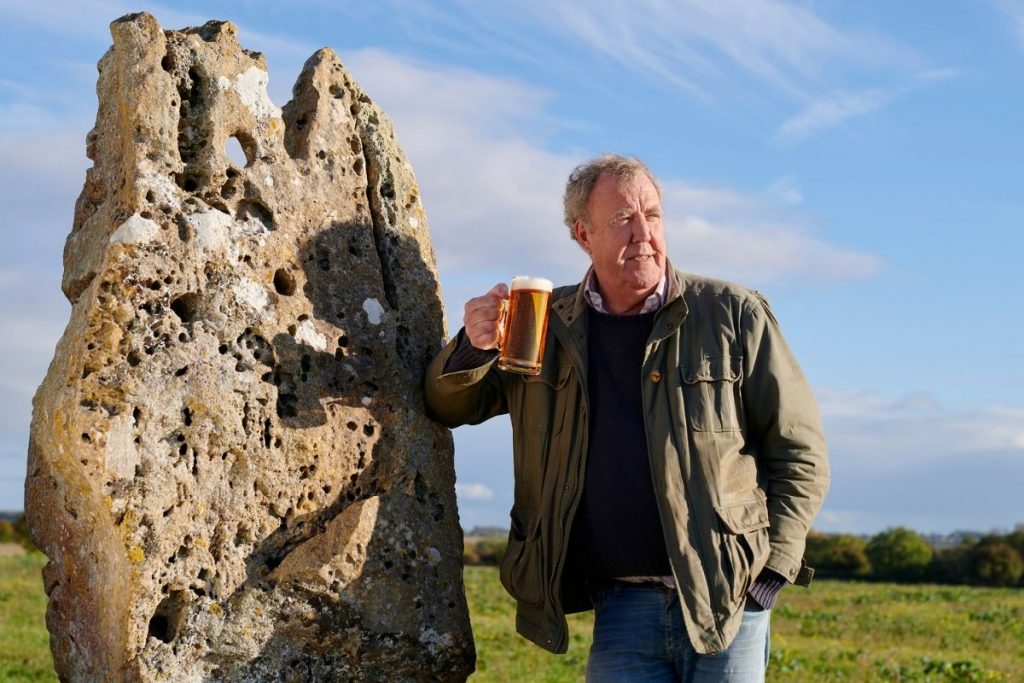 Hawkstone is the brainchild of Jeremy Clarkson and Rick & Emma from the Cotswold Brew Co.

Having put blood, sweat and tears into cultivating his malting barley, Jeremy was determined that it be put to good use, so resolved to supply it directly to a local brewery to turn into lager.

He was introduced to Rick and Emma from the Cotswold Brewery by the landlord at their local and they hit it off immediately. Like Jeremy, they’re committed to supporting local agriculture but they’re not just good people, they’re also excellent brewers. They created Hawkstone Lager – a brew of such exquisite quality that Jeremy decided to invest.

Hewn from the mineral-rich bedrock of the Cotswold Hills and hauled across the landscape, The Hawkstone, a Neolithic standing stone which gives our lager its name has stood for generations, a symbol of perseverance and permanence.

The Cotswold Brash soil in which it rests is hard and unforgiving. But for those who persist, it yields malting barley of unusually high quality – ideal for brewing.

After harvest, our master brewer painstakingly and meticulously combines the barley with select hops, yeast and the purest local water before allowing it to mature for up to 6 weeks, during which time it develops its distinctively clean flavour.

Cultivating barley for beer is a challenging and thankless task.

Only the highest quality malted barley can be used and only after it has passed a series of stringent quality tests. Yet, it is a notoriously delicate crop, extremely susceptible to disease and vulnerable to weather stresses.

The brewing process is no less laborious, including a 4 week maturing process. Lagering (as this is known) is like laying down a fine wine – it allows the flavours to mature and produces a smoother, more rounded lager. The carbonation in Hawkstone is naturally produced as part of the process yielding bubbles that are smaller with a softer mouth feel. In total, it takes around 6 weeks to create Hawkstone Lager vs. an industry average of only 9 days.

The result is a unique, quality tasting lager that vindicates the extra time and effort invested: a lager that’s hard to make but easy to drink.