Prescott Ales celebrates the traditions of brewing as well as reflecting on the golden age of motor sport through their association with nearby Prescott Hill Climb. They take great care and pride in sourcing the bulk of ingredients from the local English countryside within a 50 mile radius of the brewery. Many of the hop varieties that are used are grown in Herefordshire and Worcestershire, whilst the barley is grown and processed in Wiltshire to create the rich malts for their flavoursome ales. 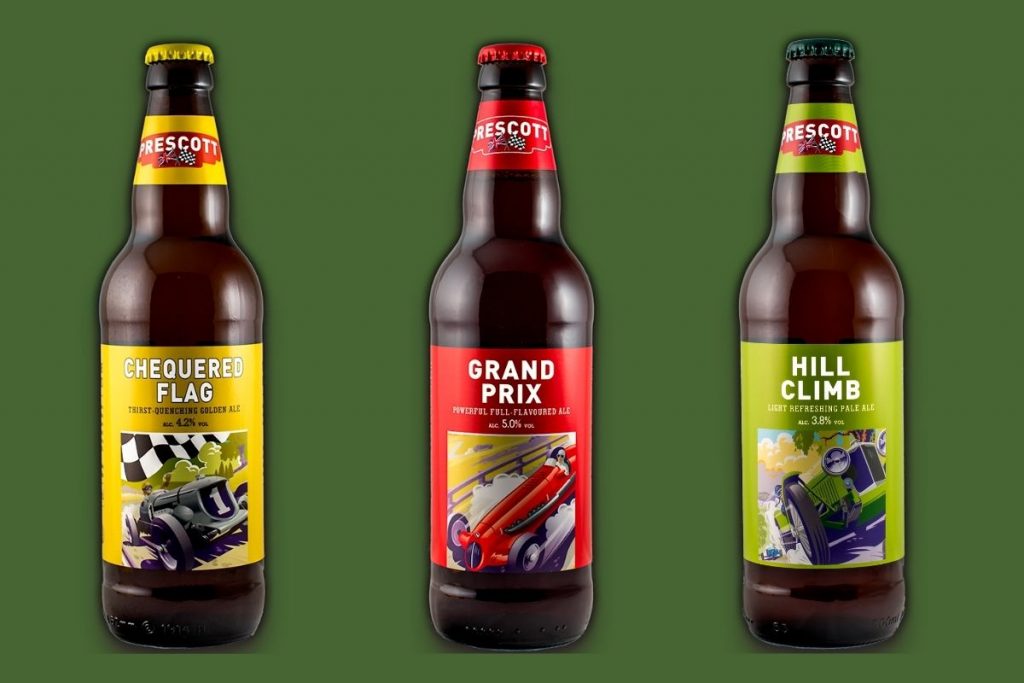 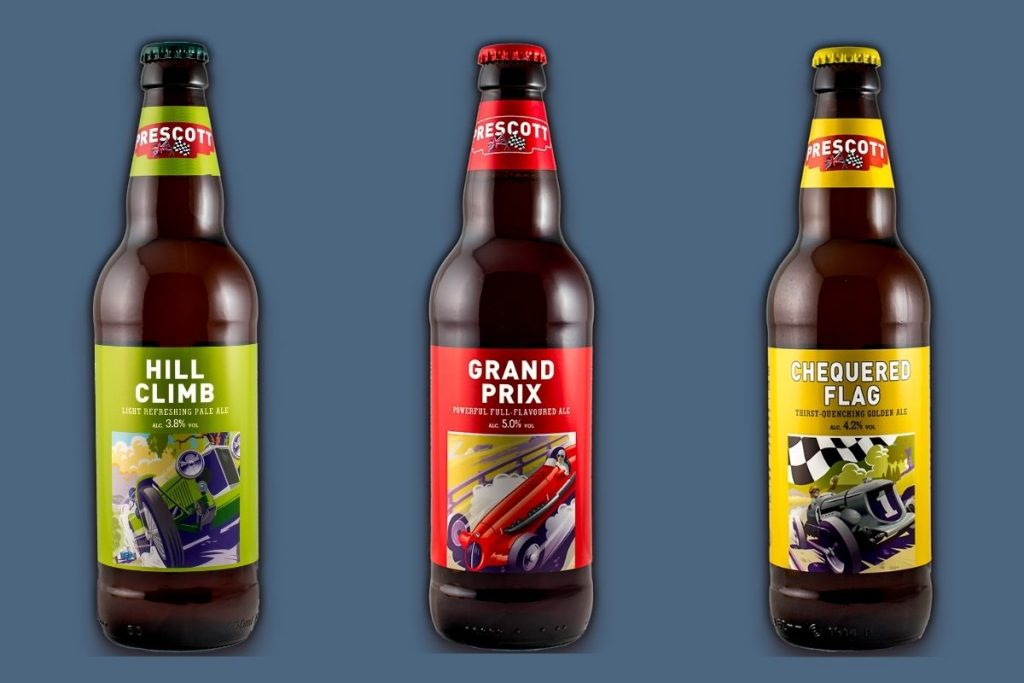 In the brew house, equipment produces a thirst-quenching 7,500 pints each and every time they brew. Prescott’s mission is to provide their “Great British Lubricants” to an ever-increasing audience, and to ensure that each and every pint provides “pure refreshment from start to finish”.

Prescott is also proud to be a British producer, with the bulk of their rich malted barley and flavoursome hops being sourced within a 100-mile radius of Cheltenham. Prescott Ales has enjoyed a truly “award winning history”. Since 2008 they have been the recipients of more than 10 major awards, including beer festival category wins regional and national accolades from both CAMRA and SIBA.

Their Pale Ale ‘Hill Climb’ won a “National Champion GOLD MEDAL” for Standard Bitters from SIBA (Society of Independent Brewers). They have also won double gold at the CAMRA Beer of Gloucestershire competition, winning in the Standard Bitters and Strong Ales categories. Their awards reflect the true passion and level of commitment shown by the whole team.