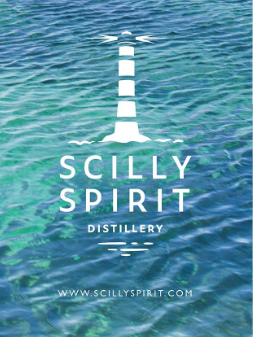 The distillery is on the island of St Mary’s, and Island Gin is inspired by a ship wreck off Bishop Rock on January 18th 1665. The ship was carrying Javan pepper, which is one of the seven key botanicals used in their recipe. Inspired by the heritage, beauty and vibrant aqua green sea of this enchanting archipelago, this gin truly captures Scilly’s spirit. The sea surrounding the distillery supplies the island’s water and features in every bottle of gin, so you experience a little bit of Scilly in every sip! 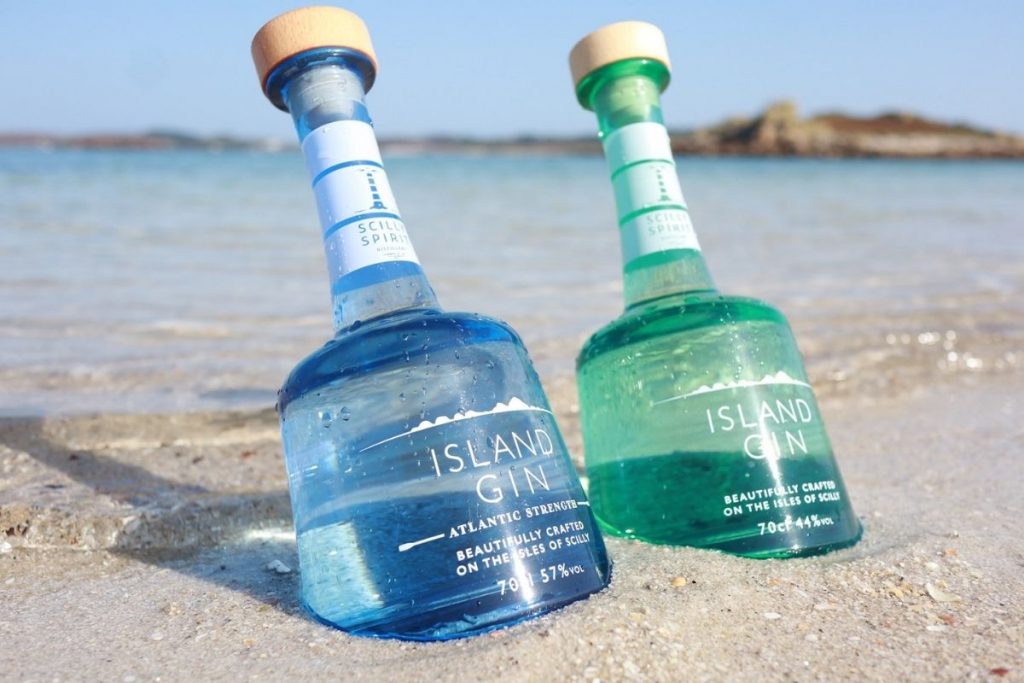 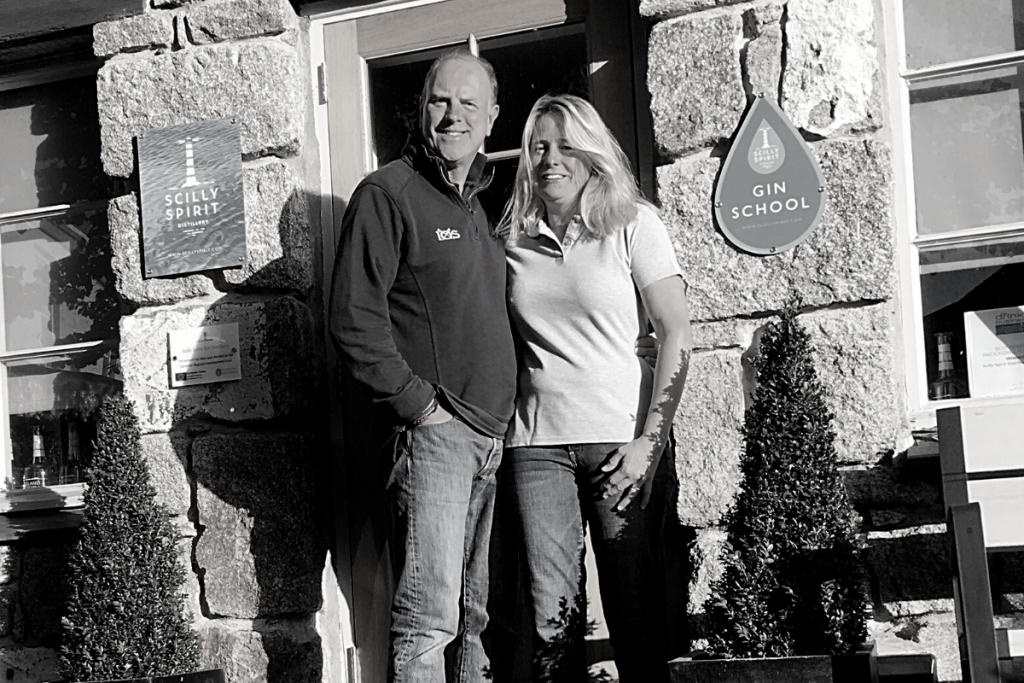 At the most south westerly point of the UK, husband and wife team, Arthur & Hilary Miller established their Scilly Spirit Distillery on St Mary’s island, in the enchanting archipelago, the Isles of Scilly.

From the initial idea, back in the Spring of 2017, they were finally able to start at their distillery in May last year, and impressively were receiving awards within weeks of releasing their “Island Gin”, as their truly striking bottle was awarded “Winner – Best Design & Packaging in Spirits” for the UK in the Drinks Business Awards in May 2019.

More awards followed, firstly achieving the highest accolade of “Master” in the Spirits Business “Global Gin Masters Awards” – they were one of only 14 gins to receive this prestigious award, from the 320 gins from around the world which had been tasted in this competition last June. Then two medals were awarded by the acclaimed International Wine & Spirits Competition in July 2019.

This year, the highly regarded San Francisco World Spirits Competition awarded Gold for the bottle design and Silver for the gin, taking Art & Hils’ tally to six international awards for their Island Gin. An impressive start indeed within their first year.

Back when the couple were developing their brand, a significant inspiration for their gin stems from a true recorded event way back on 18th January 1665, when a Spice Trade ship was wrecked off Bishop Rock, which had been carrying peppercorns from Java, and so it is that this is one of the key botanicals in their Island Gin.

Furthermore, the outstanding beauty of the Isles of Scilly – a natural wonder, like a cluster of precious ocean jewels – whose heritage revolves around the sea, gave Art & Hils such a wealth of inspirations for their bottle design.

One such inspiration is the majestic lighthouse (equal tallest in the UK!) which now stands proud on Bishop Rock to alert today’s ships, and so they felt it imperative they pay homage to this significant icon of the Scilly Isles. Hence their bottle shape, with its tall neck standing proud like Bishop Lighthouse, and a deep wooden stopper resembling Bishop’s helicopter landing pad.

Their bottle colour was developed to best capture the distinctive, vibrant aqua green of the sea that surrounds the archipelago, and they elected to decorate these bottles – versus the traditional labelling option – to best represent the archipelago’s purity, tranquillity and beauty, by using a solely white (a colour that denotes purity), clean, bold font and striking outline of the vista of the edge of the Western Rocks (again influenced by the view, as one looks out to Bishop Rock lighthouse from St Mary’s island).

They even purposely sited their brand story on both sides of the bottle, to ensure a clear view of that vista through the bottle when held aloft or seen on shelf.

Even their tamper seal was designed to give due refence to the Pilot Gig boats, (a key part of Scilly’s heritage and relevant to their initial inspiration, whereby the survivors of the ship wreck were rescued by St Mary’s Pilot Gigs), with a Gig’s wooden oar down each side of the bottle neck.

Such attention to detail explains their award successes.  They are equally attentive and dedicated to their craft, as they both still fulfil every aspect of the making of their Island Gin, from the small batch distillation runs, to bottling and labelling (tamper seals – each personally signed and batch coded – plus awards medals), to packing and dispatch, with the latter being no small task either, as everything has to be taken from the distillery to St Mary’s quay, to load on to the thrice weekly freight ship to Penzance.

So, if you are seeking a truly authentic, delicious, artisan gin, with genuine provenance and the owner’s total commitment so very evident, then Island Gin delivers!