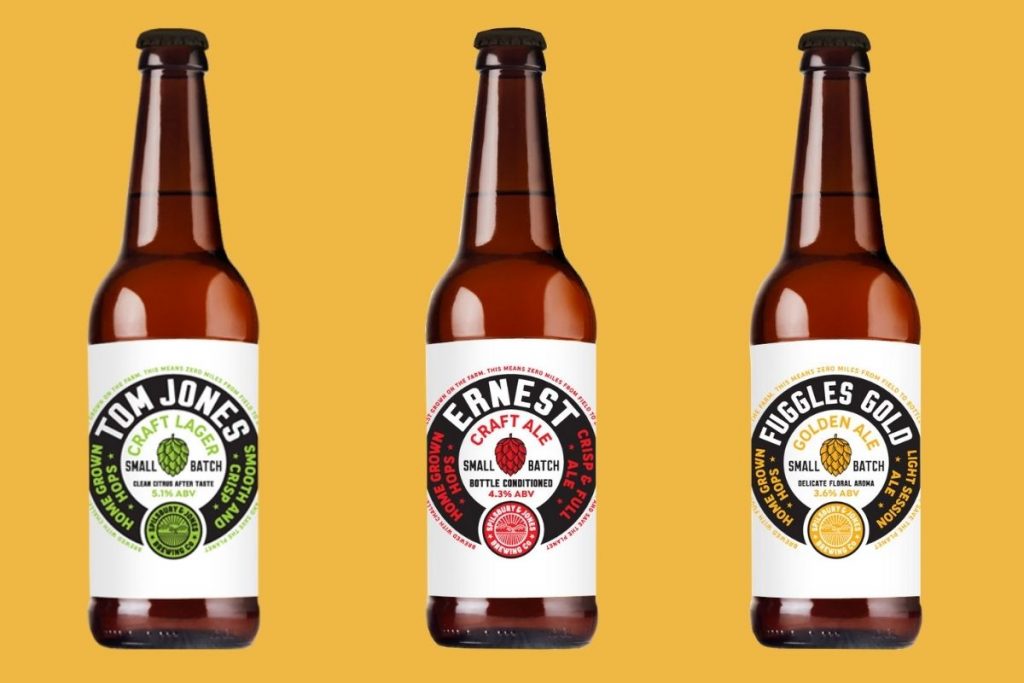 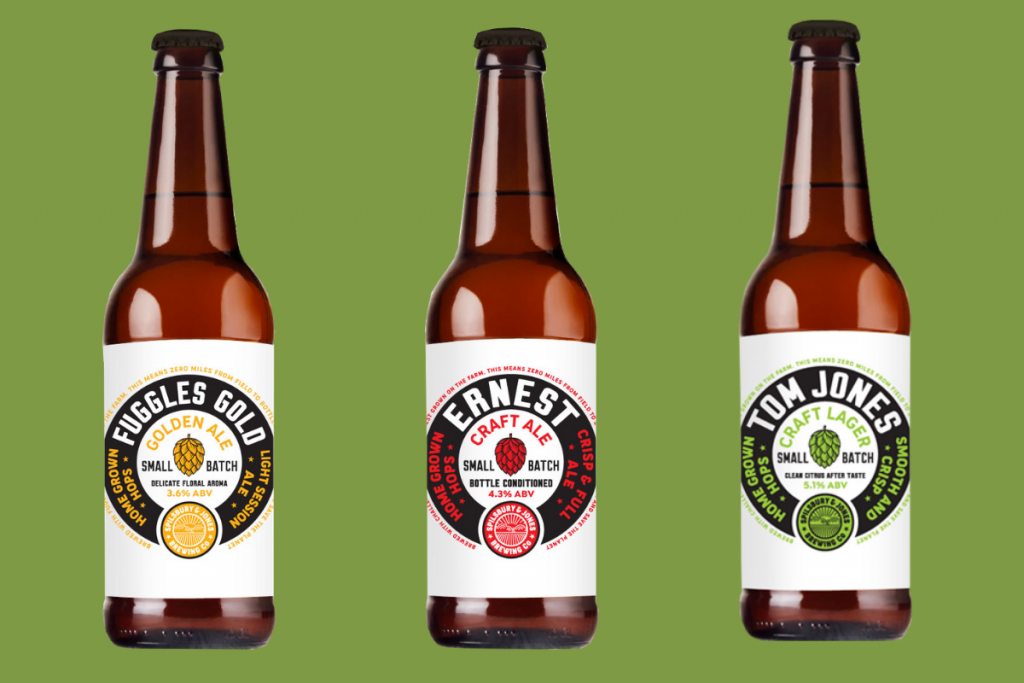 ‘A chance meeting between ‘Hop Champion’ Tom Spilsbury, and Master Brewer Tony Jones at a local Autumn show back in 2007, led to the birth of Spilsbury & Jones Brewing Co.

Located in rural Worcestershire and on the banks of the river Teme, Tom and Tony produce craft beer in small batches, using only Tony’s extensive brewing experience, and the hops grown, picked and dried just 166 metres away on Tom’s farm.

Bucking the craft beer trend, the pair began their brewing odyssey by creating a real craft English lager. Tom Jones Lager is a craft pilsner-style lager, brewed with Challenger and Fuggles hops, resulting in a smooth crisp lager with hints of vanilla, followed by a clean citrus hop after taste.

Since their journey began, the pair have developed several other tasty brews, and the ultimate plan is to create the first true ‘single estate’ brew using only hops, water and malt all from the farm. Watch this space.’