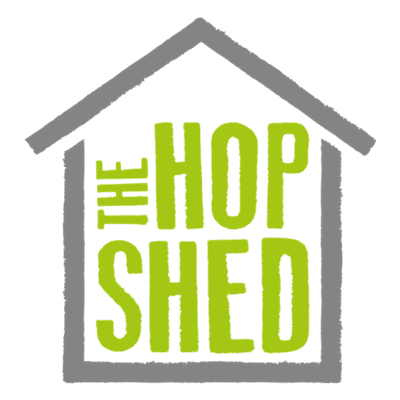 The Hop Shed is the only brewery in the UK situated on a hop farm – an ideal location, we’re sure you’d agree!
When Hani and Sarah established the company in 2015, it was named The Unity Brew House to reﬂect their decision to quit their respective jobs and work together on a business. It was their common love of real ale that inspired them to set up a brewery. Having since located the brewery to a hop farm, they wanted to highlight their unique offering, so in early 2018, renamed the brewery The Hop Shed. The team are proud to use only British hops as they produce an amazing range of ﬂavours and aromas making it unnecessary to import hops from America or New Zealand. 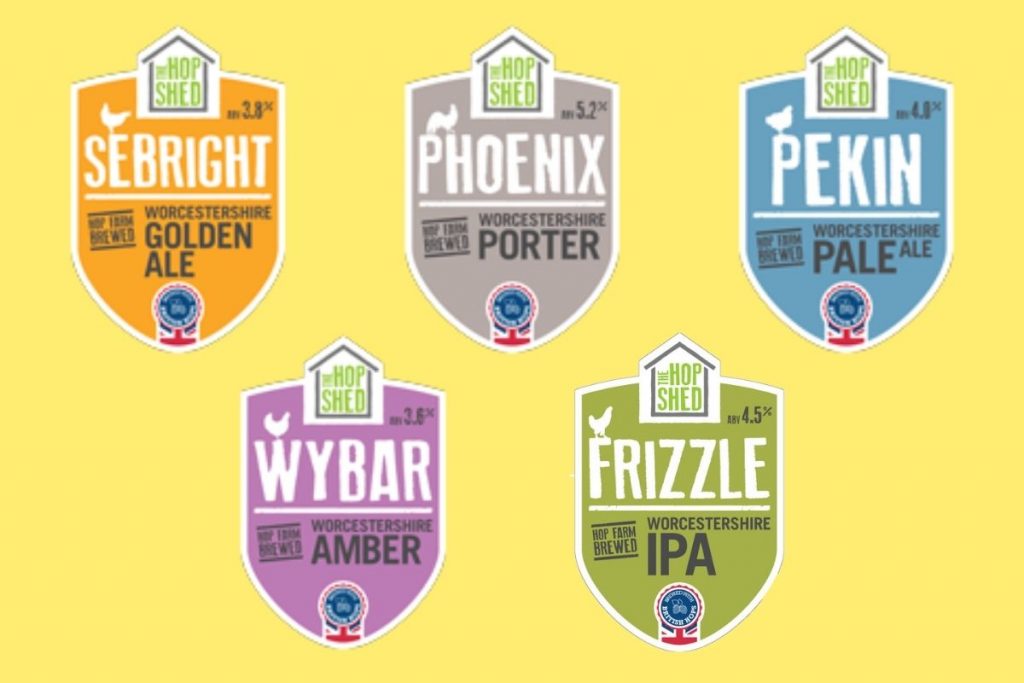 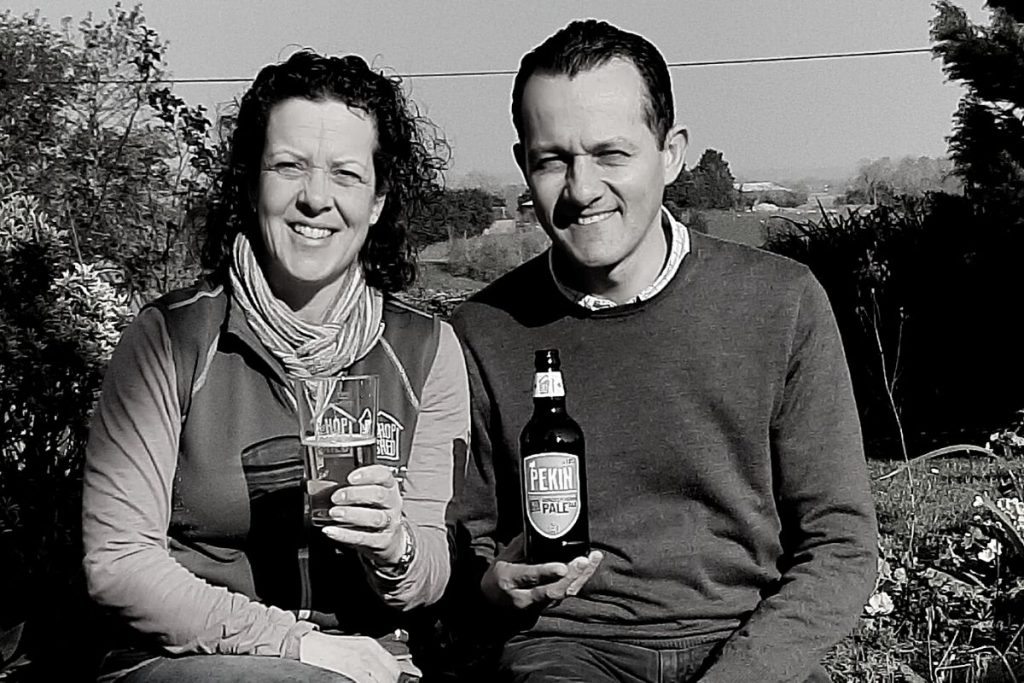 The Hop Shed is an award winning brewery based on a hop farm in the beautiful Worcestershire countryside. We set up the brewery in a converted chicken shed here on the farm. This inspired the name of our brand and beers, which are all named after breeds of chickens.

As we are uniquely positioned on a commercial hop farm, we have committed to making all of our beers with 100% local, British hops. The majority of these are grown on our doorstep at Stocks Farm. Having a close relationship with local hop growers has given us the opportunity to brew with new and experimental hop varieties they are growing. The result of one such trial is our Pekin Pale Ale. It is hopped exclusively with an experimental hop variety, which gives delightful tropical fruit flavours.
There are several other fantastic hop growers in Worcestershire and Herefordshire producing different varieties that we use in our beers, like the Ernest we use from Instone Court, just 4 miles away. We are proud to support British growers and have found that British hops produce an amazing range of flavours and aromas. We never import hops.

After we set up the brewery in 2016, we won our first Great Taste Award for our Frizzle IPA in 2017. Then in 2018, we won an award for ‘Best Drink Producer’ in Visit Worcestershire Awards. After that in 2019, Great Taste awarded us a total of 10 stars for 5 of our bottled beers, including the top award of 3 stars for Frizzle IPA. We have also won awards from; The British Bottlers Institute, SIBA Regional & National Awards & The International Beer Challenge.

Local Provenance, great flavours & sustainability are at the heart of every brew. As a result we source our ingredients as locally as possible. This also helps to reduce food miles and provide economic support for our local community.
Our Hops are sourced mainly from the award winning Hop Farm on which we are situated. Stocks Farm is the third largest hop farm in the country. We source any other hops from within 15 miles of the brewery. Additionally, our malt is British and sourced from Norfolk and we use Nottingham ale yeast for fermentation.