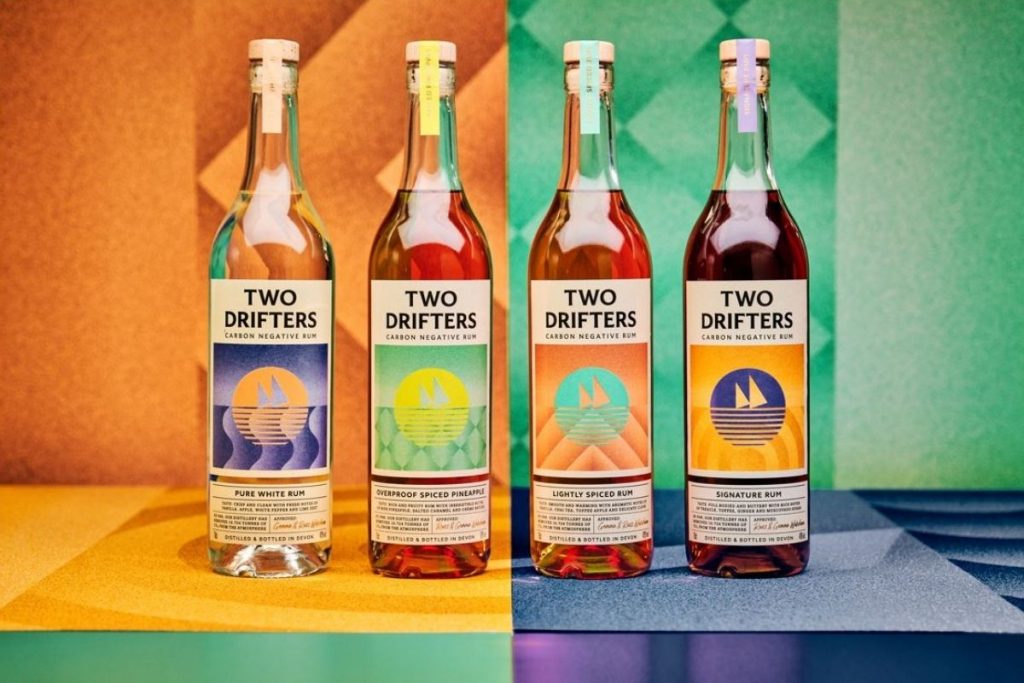 Two Drifters Distillery has grown from strength to strength since their first bottle of rum came off the stills in April 2019.

Two Drifters are one of only a few distilleries that produce rum from scratch here in the UK and rather than becoming another distillery that relies on a Caribbean base spirit, they are proving to the world that the UK can make an excellent range of rum from raw ingredients.

From the offset, founders Russ and Gemma were determined to create a business and product that was mindful of its environmental impact and were excited to create the world’s first rum distillery with a carbon negative footprint. Russ and Gemma are commendable in their endeavours and remove more CO2 than they create by altering their processes and operations.

Two Drifters are proud to have achieved such notable sustainability status considering their relatively short industry tenure and continue to lead by example. Their waste molasses goes to a local farmer after distillation, and where they can’t control emissions (e.g., shipping, farming, refining, glass bottle production etc) they offset with Climeworks (www.climeworks.com).

Their latest bottling run uses British made glass and they use a sustainable cork stopper and compostable tamper seal. Not only that, but their label paper is made from 95% sugarcane and 5% hemp and linen. The distillery is powered through wind, solar and tidal power and they use an electric van to make local deliveries. They offset more than the whole process creates, which is what gives them their carbon negative status.

Finally, provenance and transparency are at the heart of Two Drifters and telling their story is a huge part of why they have such a loyal following already.

The Craft Drink Co have recently become a key distribution partner to Two Drifters Distillery and are pleased to offer their superb range of rums to the independent retail and hospitality trade.